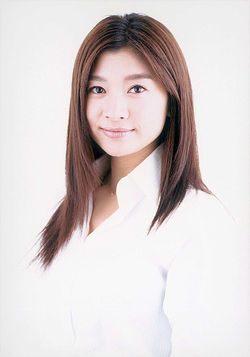 Shinohara got her start in show business when she appeared as a guest role on the sentai series Kousoku Sentai Turboranger in 1989. A year later, she joined the group Tokyo Performance Doll and then formed the subunit Golbies.

In 1991, Shinohara became a regular on variety shows such as Downtown no Gottsuee Kanji. She also released her first single, entitled "Koi wa Chanson", that same year. Then in 1994, she got the biggest jump in popularity after releasing the single "Itoshisa to Setsunasa to Kokoro Tsuyosa to" with Komuro Tetsuya for the movie Street Fighter II: The Animated Movie. The single sold over two million copies and gained Shinohara her first appearance on the television program Kouhaku Uta Gassen.

In 1994, Shinohara graduated from TPD and released her second album, Lady Generation ~Shukujo no Jidai~, under the Tetsuya Family name. She would later have a brief solo career in music until 2001 when she switched over, becoming an actress. She appeared in many doramas after this and gained her first award, Best Performer Award, at the 31st Annual Broadcast Culture Foundation Awards for her role in 'Woman Beat Dorama Special Obareru Hito.

She married to actor Ichimura Masachika in 2004 and gave birth the couple's first son many years later in 2008. In 2006, she appeared on the 24 Hour Television as a charity personality. A year later, she won the award for Best Acting Performance for the 44th Annual Galaxy Awards for her role in the movie Unfair.