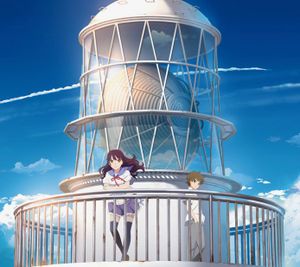 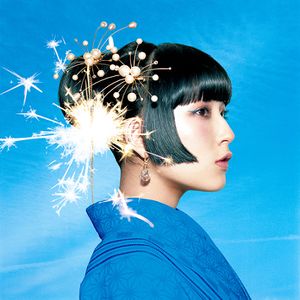 "Uchiage Hanabi" is the third single released by DAOKO. It was released in two editions: a limited CD+DVD edition featuring footage from her Aoiro Jidai Tour, and a regular CD edition. The first-pressing for both editions comes with an early change to purchase ticket's for DAOKO's 2017 one-man tour. First-pressing for the limited CD+DVD edition came with a special photo of DAOKO, and a unique illustration depending on where it was purchased. The song is a collaboration with former Vocaloid musician Yonezu Kenshi; Who is now recording and releasing under his own name and voice. He wrote, composed, and produced the track and shared vocals with DAOKO. It was used as the theme song to the movie Uchiage Hanabi, Shita kara Miru ka? Yoko Kara Miru ka?. The B-Side, "Forever Friends" was used as the insert song for the film, and is a cover of the REMEDIOS' song of the same name. DAOKO promoted the single mostly alone, performing a solo version of the track on shows like Music Japan. Piano sheet music was released for the song, which was published by Fairy.

The single was very successful for DAOKO, becoming her first breakout hit. The song went to #1 on several digital charts: Billboard Japan's Hot 100 & Hot Animation, iTunes, and Recochoku. The music video went on to be #3 on the music program CDTV. "Uchiage Hanabi" is certified Platinum by the Recording Industry Association of Japan for over 250,000 downloads. 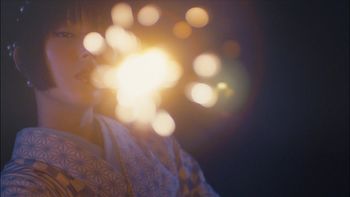 There were two music videos created for the song. The first was entirely made up of animated clips from the movie, and the second (so far released only in a "short version" on YouTube) intersperses clips of DAOKO singing with the animated pieces. The video shows DAOKO singing in a kimono in front of a wall with fireworks projected on it. Yonezu does not appear in the short version of the video.

There are currently three versions of "Uchiage Hanabi" to be found in DAOKO and Yonezu Kenshi's discographies. They are listed below in order of release:

The single reached #9 on the weekly Oricon chart, and it continued to rank for a total of 21 weeks. This is DAOKO's first single to peak within the Top 20, and is her best performing single to date.