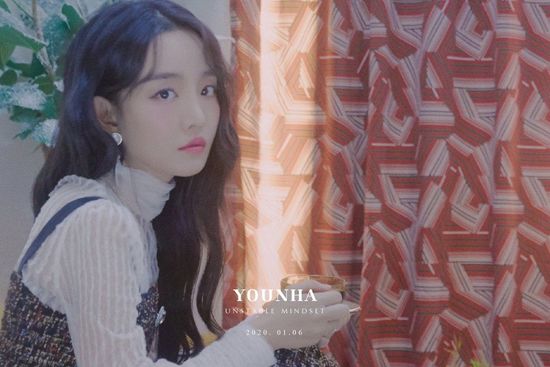 Younha (윤하, ユンナ in Japanese) is a Korean pop artist under C9 Entertainment. She officially debuted with the single "Yubikiri" in 2004. She is the second Korean after BoA to enter the Oricon Chart's Album Top 20. 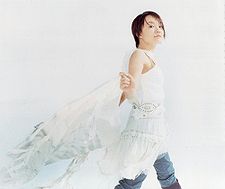 In order to realize her dream, she began to seek out auditions within Korea. After as many as 20 auditions, where she was turned away for not being suitably pretty, her mother encouraged her to give up. Eventually, however, she made a good impression at an audition in Korea and found herself signing a contract with release in Japan. Due to her deep desire to debut in Japan, she traveled back and forth between Japan and Korea to record. During this time Younha's Japanese skills improved rapidly, even surprising her staff. 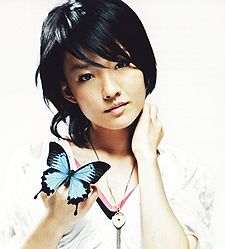 After a TV drama producer heard her demo tape, her single, "Yubikiri", was chosen as the insert song for the Fuji TV Monday drama Tokyo Wankei ~Destiny of Love~. In October of that same year, she debuted with her official first single, the "Yubikiri -Japanese version-".

Younha's second single, "Houkiboshi", was used as an ending song for the popular TV anime BLEACH. It became a hit, debuting on the Oricon charts at 15th, and propelled Younha into the limelight. Her later single, "Touch / Yume no Tsuzuki", first charted at the 14th spot. Her first album Go! Younha reached the number 12 spot on the weekly charts. Younha is the second Korean after BoA to reach the top 20 on the Oricon album charts.

During 2006, Younha went back and forth between Korea and Japan and even made her Korean debut. Younha did a number of theme songs for anime series including Jyu Oh Sei (獣王星), the Japanese version of the Korean anime Shoujo Jang Geum no Yume (Jang Geumi ei Kkoom), and Kiba, however, since her second single she has not seen the same success on the Oricon charts.

Throughout the year of 2007, she promoted her two Korean albums vigorously. Her first Korean album - released March 2007 - was called A Perfect Day for Love Declaration and featured 11 original tracks in Korean (including 2 instrumentals). 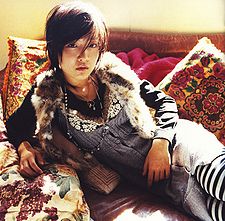 After some promotion, she quickly became known for her strong live vocals, especially with her live collaborations on various Korean music shows with other well-known Korean musicians, such as Wheesung. It was later reported that the regular edition of the album sold 30,897 copies. A repackage edition of the album was released in June 2007, and sold 16,866 copies.

Four months after the release of the repackaged A Perfect Day for Love Declaration album, Younha started promoting another album, deemed Volume 1.5 Comet, which was a Korean version of her Japanese album. This album sold 29,450 copies at last count.

After a year in absence from Japan, it was announced at the beginning of 2008 that Younha would return to Japan, and upon her return, a compilation album was released. It's called SONGS -Teen's Collection-, and includes her previously released singles as well as a two new songs.

On May 19th 2008 Younha was reappointed as goodwill ambassador for Japan at Japan’s Ministry of Land, Infrastructure, Transport and Tourism (MLIT).

More than two years after the single "Hakanaku Tsuyoku", it was announced that Younha would release a new Japanese single, "Girl", on July 22, 2009. 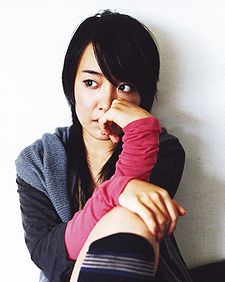 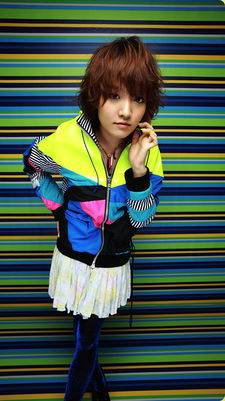 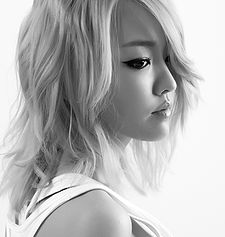 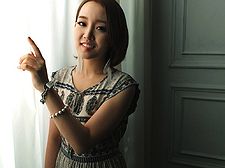 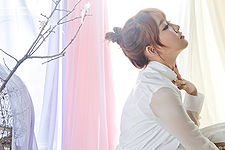