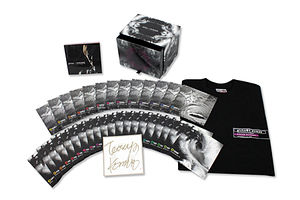 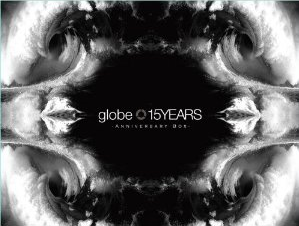 15 YEARS -ANNIVERSARY BOX- is the globe's third box set. The box set commemorates the fifteenth year anniversary of the group's formation in 1995. Disc 1-19 features every album that globe has released since their debut. Disc 20 features new editions of past songs and two new songs, "Get Wild" and "Spicy Girls", that were supposed to be featured on a single but was canceled due to Komuro Tetsuya being convicted of fraud in 2008. Disc 21-31 features every DVD released that have been released by the group. And, Disc 31 features rare live recordings at un-recorded concerts and public events while Disc 32 features making ofs, behind the scenes, and documentaries. The box set also comes with a t-shirt and a signed placard with Komuro's signature.