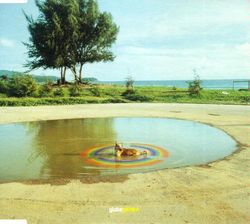 "garden" is globe's 22nd single. The single was released on the same day as the album outernet and mark the beginning of globe's move to trance music. It reached #19 on the weekly Oricon charts and charted for three weeks, selling 19,000 copies.

There are currently two versions of "garden" to be found in globe's discography.