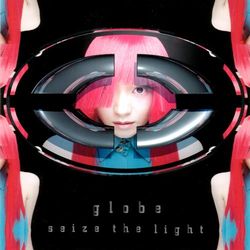 "seize the light" is globe's 28th single and first single to feature the group's new member, YOSHIKI. The title song was used as the image song for the TV Asahi broadcast of the American drama Dark Angel. The single reached #8 on the weekly Oricon charts and charted for eight weeks, selling 55,000 copies.

There are currently four versions of "seize the light" to be found in globe's discography.