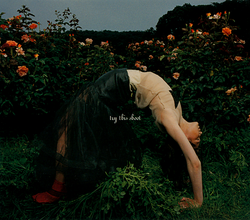 "try this shoot" is globe's 23rd single. The title song was used as a theme song for the Kanebo Sofina AUBE commercials. The single reached #10 on the weekly Oricon charts and charted for five weeks, selling 76,000 copies.

There are currently three versions of "try this shoot" to be found in globe's discography.