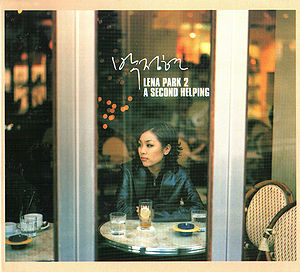 A SECOND HELPING is the second Korean studio album released by Lena Park. The songs "Mongjungin" and "Pyeonjihalkkeyo" were used as lead tracks. The album sold over 300,000 copies.