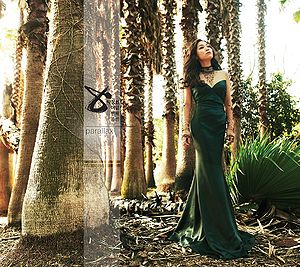 parallax is the eighth album released by Lena Park. The song "Mianhae", used as lead track, is a Korean cover of the Mexican band Camila's song "Mientes", and it's music video features actor Cha Seung Won. The album was later included as the third CD on her special album Gift.