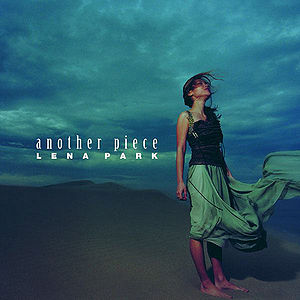 another piece is the Japanese debut album released by Lena Park. It was released on the same day as her Japanese debut single, "FALL IN LOVE". The title refers to Lena's Korean debut album, piece, however, it features the same tracklist as her fourth Korean album, Op.4, with a few exceptions and all the Korean titles translated into English. another piece also includes "FALL IN LOVE" and an English version of the song "Ann", which original Korean version was included on her live album Live Op.4 Concert Project 4th Movement The Album. The album reached #298 on Oricon charts and charted for one week.