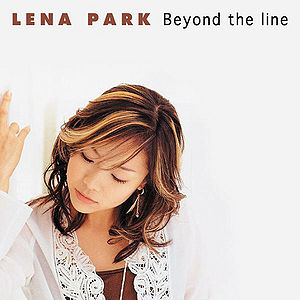 Beyond the line is the second Japanese album released by Lena Park. It features the same tracklist as her 5th Korean album, On & On, with a few exceptions and all the Korean titles translated into English. The album doesn't features the song "Dahl", includes two English versions instead of the Korean originals from On & On, a collaboration song with Japanese duo CHEMISTRY, and the Japanese version of "Pokarekare Ana", a song used as theme song for the Korean film Crying Fist. Like her previous Japanese album, Beyond the line was released along with her second Japanese single "Sanctuary". The album reached #295 on Oricon charts and charted for one week.