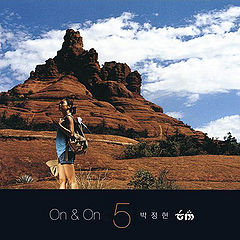 On & On is the fifth Korean album released by Lena Park. The songs "Dahl", "Geureoji Maseyo", "Mia" and "Single Ring" were used as lead tracks. The album was released housed in a digipack. Later produced copies were released in regular CD cases.