Against All Odds (Lena Park) 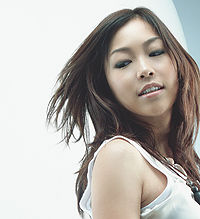 "Against All Odds" is the first digital single released by Lena Park. A male version of the song was released by Wheesung one month later. Both versions were used separately as a background music for the Tucson Hyundai commercials. The song is a cover Phil Collins' song "Against All Odds (Take a Look at Me Now)".