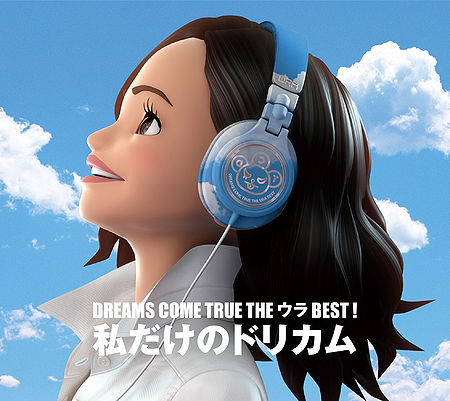 DREAMS COME TRUE the Ura Best! Watashi dake no Drecom is the eighth best of album released by DREAMS COME TRUE. It is made up of 50 songs that spread across three discs, and is a continuation of their previous best album DREAMS COME TRUE The Best! Watashi no Drecom, which was release the year prior. The first pressings of the record came with a slipcase. The first disc, the WABASH disc consists of hits that were not included in the previous best album. The second disc, MIWA consists of B-sides selected by Yoshida Miwa, and the third disc MASA consists of B-sides selected by Nakamura Masato. Each disc contains one song that has features a new recording for the release.

The album was remastered by Chris Gehringer of Sterling Sound, who has also worked with Katy Perry, Jay-Z, Rihanna and Lady Gaga.

The album reached #1 on the weekly Oricon chart, and continued to rank for a total of 27 weeks. Because it sold 192,533 copies in 2016, DREAMS COME TRUE the Ura Best! Watashi dake no Drecom became the #21 album of the year.