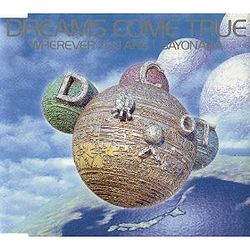 "WHEREVER YOU ARE" is the fifteenth single released by DREAMS COME TRUE. The title track was used as a theme song for the TBS dorama Chounan no Yome and as an insert song for the movie Jyuugatsu Nanaka, Hare. Also, the title track features backing vocals by Earth, Wind & Fire's Maurice White. The single reached #1 on the Oricon chart for twelve weeks, selling 548,070 copies. It also reached #43 on the yearly Oricon chart for 1994.