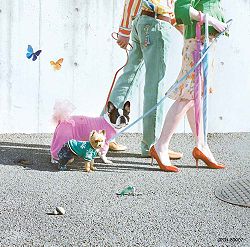 "Osaka LOVER" is the fortieth single released by DREAMS COME TRUE. The title song was used as one of the songs available to be selected by the rider at the new Universal Studios Japan ride, Hollywood Dream: The Ride. The single contained a serial number that will let the purchaser enter the ticket pre-order for the DREAMS COME TRUE WONDERLAND 2007 concert. The entry period was until March 18, 2007. This single reached #7 on the Oricon charts and charted for thirty weeks, selling 112,194 copies. It also reached #75 on the yearly Oricon chart for 2007. The title song has been certified Double Platinum by the RIAJ for Chaku Uta downloads of over 500,000, and Platinum for Chaku Uta Full downloads of over 250,000.