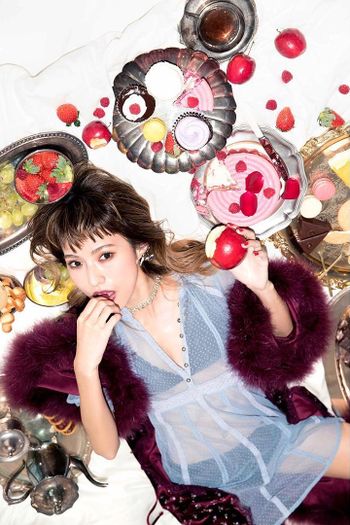 HARUNA is a Japanese vocalist and guitarist and member of the band SCANDAL. She is the eldest among the group and also serves as the leader. She originally had a passion for dancing and dreamed of becoming a dancer, but things changed when she met her co-members that eventually took her down the rock n' roll path. The influence of dance remained with her, and that's the reason why choreography can be seen in some of their music videos. HARUNA has the most powerful and deep voice that usually leads their songs combined with the voices of the other 3 members.