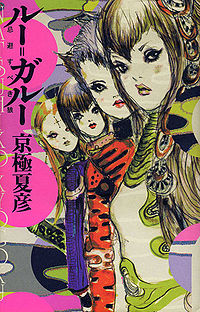 The story takes place in the near future after a pandemic has struck. Now, people only communicate through monitors and eat synthetic food. They live in a controlled society that is constantly monitored and in-person communication is limited. Children are only allowed to interact on school grounds, making them a target for a serial killer. The protagonist Makino Haduki, the shy Kono Ayumi, and the gifted Tsuduki Mio are determined to capture the criminal and overthrow the dystopian society. As the three girls get caught up in a whirlwind of events, Makino soon discovers that what they have known about the monitors is not what it seems.

An ongoing manga adaptation illustrated by Higuchi Akihiko was serialized by Tokuma Shoten. It was first published on September 19, 2006 in the magazine Gekkan COMIC Ryu and later published as separate volumes. 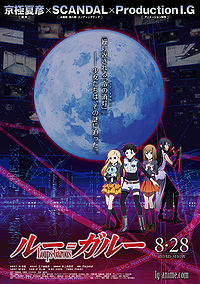 An animated film adaptation, titled Loups=Garous, is slated to premier in Japan on August 28, 2010.

Japanese rock band SCANDAL will be providing three songs for the film. They will also be appearing as themselves, marking their big screen debut as a band. They appear in a musical performance scene that was created with the help of motion capture, providing a realistic representation of the band's movements.[1]