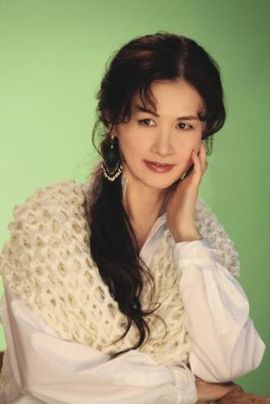 Nakajima Miyuki (中島みゆき) is a Japanese folk singer-songwriter who debuted in 1975. During her career, she has released 35 studio albums and 40 singles. Among them, 5 singles and 10 albums had reached #1 on the Oricon charts. Her single "Chijou no Hoshi / Headlight Taillight" released in 2000 is the second longest charting release according to Oricon with 202 weeks in the top 200. Aside from singing, Nakajima is also known for writing numerous songs for other artists, notably Kudo Shizuka.

Nakajima is also the only singer who participated in the National Language Council of Japan in 1990s.

Nakajima Miyuki was born in 1952 in Sapporo city of Hokkaido. When she was 5 year-old, her family moved from Sapporo to Iwanai, where they lived for 6 years. She lived in Obihiro during her teenage time and attended to Obihiro Hakuyou High School. After her high school graduation, Nakajima went back to Sapporo city and enrolled Fuji Women's University. During her university time, Nakajima attended to a folk song contest held in Hibiya, Tokyo and won the prize with the song "Atashi Tokidoki Omouno". In 1974, she graduated from the university.

In May 1975, she won the ninth Popular Song Contest organized by Yamaha Music Foundation, which leaded her to a contract with Pony Canyon label. In September of the same year, Nakajima won the the sixth World Popular Song Festival and made her major debut with the single "Azami Jou no Lullaby". She released her debut album Watashi no Koe ga Kikoemasuka in April 1976. Her fifth single, "Wakareuta" released in 1977 was her breakthrough in the music scene by reaching #1 on the Oricon charts. Follow the success of "Wakareuta", her fourth album Aishiteiru to Ittekure also reached #2 on the Oricon charts and her fifth album, Shin'ai Naru Mono e topped the charts, being Nakajima's first studio album to hit #1 on Oricon charts. Even though Nakajima has a successful career in 1970s and 1980s, her songs always expressed sad and hateful lyrics toward love.

Aside from her musical career, Nakajima also worked as a radio personality but she refused to appear on TV like other folk artists at that time. 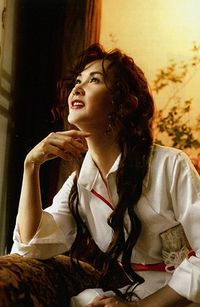 In 1980-1990s, Nakajima continued to release albums every year and has 7 consecutive number one albums from 1980 to 1985, including Ikiteitemo Ii Desu ka, Ringetsu, Kansuigyo, Yokan, Hajimemashite, Oiro Naoshi and miss M.. In 1988, Nakajima launched her Yakai musical project, a jukebox stage performance featuring songs composed by her. The performances took place at the Bunkamura Theatre Cocoon, Shibuya, Tokyo every December for 10 years, from 1988 to 1998.

During 1980s, she also started to write more songs for other artists, notably her song "Haru na no ni" for idol singer Kashiwabara Yoshie, which won the 25th Japan Record Award in 1983. In 1987, she collaborated with Goto Tsugutoshi and wrote music for singer Kudo Shizuka, a former member of idol group Onyanko Club. Even though her partnership with Goto ended in 1993, Nakajima still continued to write several songs for Kudo. Nakajima also self-covered most of her songs composed for other artists in her studio albums.

In 1990s, even though her popularity has declined by years, Nakajima still has a special place in the music scene. Her single "Asai Nemuri" in 1992 which was used as the theme song for the drama Shin'ai Naru Mono e reached #2 on the Oricon charts, selling over one million copies. In 1994, another drama theme song of hers, "Sora to Kimi no Aida ni / Fight!" topped the charts and sold over 1,4 million copies. Her 22nd studio album, LOVE OR NOTHING released on the same year is her last album to reached #1 on the Oricon charts.

During 1990s, her song lyrics were brighter than 1970-1980s and have more literary and educational elements. Nakajima is the only singer who participated in the National Language Council of Japan in late 1990s.

By the end of 1990s, Nakajima left Pony Canyon label and signed with Yamaha Music Communications. In the year 2000, her single "Chijou no Hoshi / Headlight Taillight" reached #1 on the Oricon weekly charts and stayed for 202 weeks in the top 200. It is known as the second longest charting release in Japan according to Oricon (behind Natsukawa Rimi's "Nada Sousou"). Nakajima also made her first live performance on TV since 1970s by appearing at NHK "Kouhaku Uta Gassen" of 2002.

In 2006, she wrote the song "Sorafune" for TOKIO which was used as the theme for the drama My Boss, My Hero starring Nagase Tomoya. The single reached #1 on the Oricon charts and charted for 62 weeks, selling 483,545 copies. Nakajima also self-covered the song in her 2005 album Lullaby SINGER. Her album I Love You, Kotaetekure was also leaded by the self-cover of another song written for TOKIO. The album reached #4 on the Oricon charts, marking Nakajima's 34th release to enter Oricon top 10 weekly.