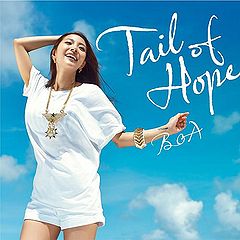 "Tail of Hope" is the 34th Japanese single released by BoA. It was released in four versions: a CD+DVD edition, a CD only edition and two limited USB editions only sold on BoA's official fan club shop, SOUL shop. The title track was used as the theme song for the drama Hakui no Namida. The b-side was originally titled "Sonna Kimi (Disturbance) Japanese Ver." but it was replaced to "Baby you...". The CD+DVD First Press Edition come with a post card of size 20cm x 13cm, the Special Edition with the CD+DVD Edition come with a mini-poster with the lyrics and the Special Edition with the CD Only Edition come with a ticket (not specificated for that). 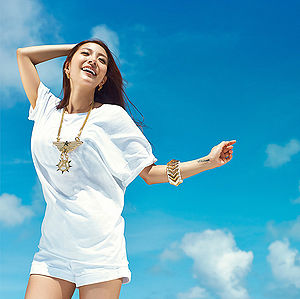 There are three known versions of "Tail of Hope" to be found in BoA's discography. These include: