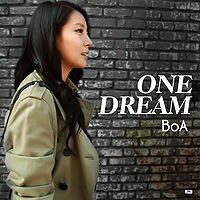 "'One Dream' KPop Star Theme Song" is BoA's third Korean digital single. The song was used as theme song for the TV show Survival Audition K-Pop Star, which features BoA as one of the judges representing SM Entertainment.