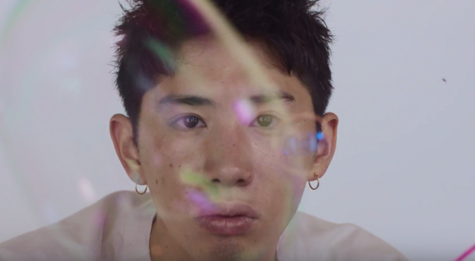 Moriuchi Takahiro (森内貴寛), more commonly known as Taka, is a Japanese rock musician and vocalist for the band ONE OK ROCK. He made his initial debut with the Johnny's Entertainment group NEWS, but left the group before their first official single. 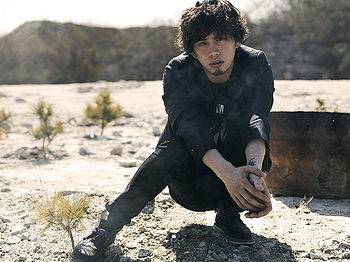 Moriuchi Takahiro is the oldest son of famous Enka singer Mori Shinichi and singer and actress Mori Masako. His brother Moriuchi Hiroki (better known as HIRO) is the lead singer for the band MY FIRST STORY. After his parents divorced Taka changed his legal name to Morita Takahiro.

Taka first got his start in the entertainment industry when he was selected as a member of the new Johnny's Entertainment male group NEWS. He is featured on their pre-debut single "NEWS Nippon", which is his only release with the group. On December 18, 2003, Taka left NEWS and Johnny's Entertainment officially, stating he wanted to further his education, although there were rumors of other reasons. After this he briefly worked with the band Chivalry.

In 2005, he joined the Japanese rock band ONE OK ROCK as their lead vocalist and songwriter. With the group, Taka has become well known not only in Japan, but internationally with the band touring overseas in United States, Europe and South America.

In 2013, Taka was featured on a new recording on Simple Plan's "Summer Paradise" for the Japanese release. Later that year he recorded a song for the Pay money To my Pain tribute album GENE. ONE OK ROCK signed with Universal Music in the US, and released an English edition of 35xxxv in February 2015. In 2016 the group would move over the popular punk-rock indie label Fueled By Ramen.

In 2017, Taka was one of many international musicians and celebrities featured in the self-directed music video for British singer Charli XCX's single "Boys". The video featured other Asian artists such as Jay Park and EXILE SHOKICHI.