Difference between revisions of "EXILE TAKAHIRO" 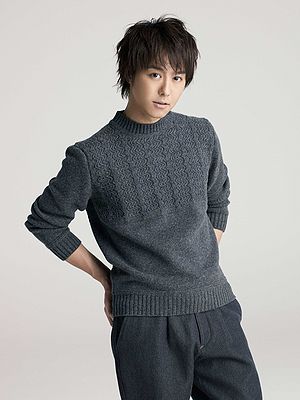 EXILE TAKAHIRO is a Japanese singer. He is a member of the group EXILE. He replaced SHUN as one of the vocalist of the group after winning the "EXILE Vocal Battle Audition 2006 ~ASIAN DREAM~". On June 26th, 2013, he made his solo debut with the single Issen Ichibyou.

Tasaki Takahiro was raised up in Nagasaki Prefecture. He became a big fan of EXILE when he and his friends attended EXILE's 2005 concert. He decided to join the "EXILE Vocal Battle Audition 2006 ~ASIAN DREAM~" and became the final winner of the audition, held at Nippon Budokan on 22 September 2006. After he won, he eventually became the new vocalist of EXILE alongside original member ATSUSHI.

The addition of Tasaki to the group was considered EXILE's second era. After he joined, he was given the stage name of "TAKAHIRO" and the group went on to release 3 singles and an album to allow fans, new and old, to adapt to the "new" EXILE. They held their tour "EXILE LIVE TOUR 2007 EXILE EVOLUTION" during May 2007 to further promote the new image of their group. The tour ended at Tokyo Dome on 5 August 2007.