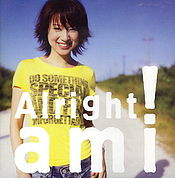 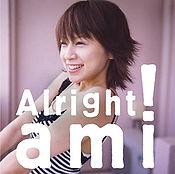 "Alright!" is the 22nd single (eighth avex trax single) released by Suzuki Ami. This was released in two different versions: a CD+DVD edition and a CD only edition. When the title song was put on the album "CONNETTA", to fit with the collaboration theme, was renamed as "AMI SUZUKI joins HΛL". The title song was also used as Itadaki Muscle!'s ending theme song for May, and as a Music Fighter's "POWER PLAY" track for May. The single reached #17 on the Oricon, where it charted for fives weeks and sold 16,200 copies.