Be Together (Suzuki Ami)

(Redirected from Be Together) 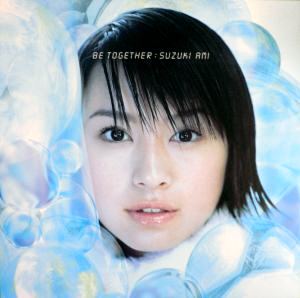 Vinyl Side A Tracklist

Vinyl Side B Tracklist

"BE TOGETHER" is the seventh single released by Suzuki Ami. It was first released as a regular CD single, and one month later a vinyl version was released. Instead of the B-side "NIGHT SKY", the vinyl version came with a remix and its instrumental of the first A-side from her previously released single "Don't leave me behind / Silent Stream". The title song is a cover of TM NETWORK's 1987 song of the same name from the album humansystem. The title song was also used as Mos Burger's "Natsu no Campaign" CM song. The single reached #1 on the weekly Oricon charts, where it charted for 17 weeks and sold 869,860 copies. The single also reached #17 on the yearly Oricon chart for 1999. This is Suzuki's first #1 charting and best selling single.