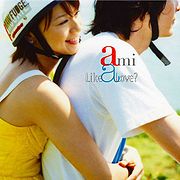 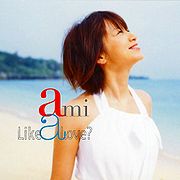 "Like a Love?" is the 23rd single (ninth avex trax single) released by Suzuki Ami. This was released in two different versions: a CD+DVD edition and a CD only edition. The limited first press of the CD only edition comes with a photobook. When the title song was put on the album "CONNETTA", to fit with the collaboration theme, was renamed as "AMI SUZUKI joins Otsuka Ai". The title song was also used as NTV's "Miracle Shape" ending theme song for August and September, and as NTV's "BEACHHOUSE @seazoo" image song. The single reached #23 on the Oricon, where it charted for four weeks and sold 12,980 copies.