Around the World (Suzuki Ami single) 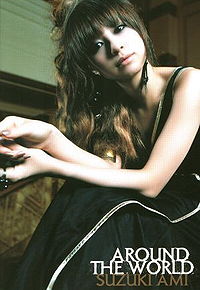 "AROUND THE WORLD" is the 18th single (fourth avex trax single) released by Suzuki Ami. This is a limited release, coming in special packaging and having only 10,000 copies. The B-side is a remix of the B-side from the last released single "Negaigoto". This was also released simultaneously with her fourth album "AROUND THE WORLD". The title song was used as Music Fighter's opening theme song for October. The single reached #19 on the Oricon, where it charted for three weeks and sold 7,500 copies.