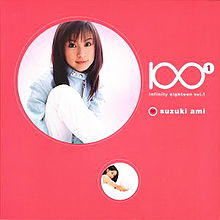 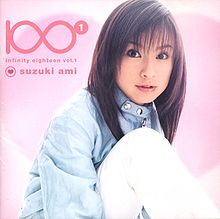 "infinity eighteen vol.1" is the second album released by Suzuki Ami. The limited first press came in a box, the CD in a heart shaped case, a 12 page photobook, and an oversized visual lyrics sheet. This was released on Suzuki's eighteenth birthday, hence the title. As the outro track says, the second volume, "INFINITY EIGHTEEN Vol.2", was released two months later (April). The album reached #1 on the Oricon, where it charted for 14 weeks. It sold 1,062,990 copies, becoming the #15 album of 2000.