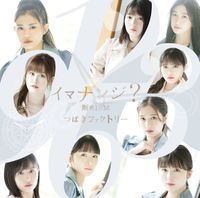 "Ima Nanji?" is a song recorded by Tsubaki Factory. It appears as track #2 on their seventh major single "DanshaISM / Ima Nanji?".

There are currently two recorded versions of "Ima Nanji?" found in Tsubaki Factory and Hello! Project's discography. These versions are: