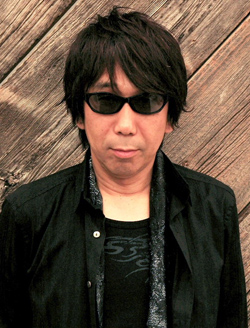 Kine Naoto (木根尚登) is a musician, novelist, composer, music producer, and member of the band TM NETWORK. From 1979 to 1982, Kine joined the band SPEEDWAY as the group's piano player and keyboardist. He later went to formed the band TM NETWORK with Komuro Tetsuya and Utsunomiya Takashi as the band's guitarist. In 1985, he started to write lyrics for other artists with the first song being Watanabe Misato's "eyes". He also became a novelist in 1989 by writing the novel to the OVA Carol.

In 1990, Kine became a vocalist after becoming the main vocals for the song "Looking at you" on TMN's album RHYTHM RED. Two years later, he started his solo career with the single "Nakanaide". He would later do a collaboration live with Matsumoto Eiko and Moriguchi Hiroko in 2003. In 2005, Kine formed the unit Hidamari with Shiina Hekiru.