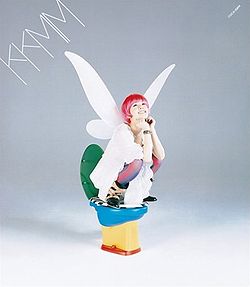 Magic Music is Kimura Kaela's sixth single. Magic Music was used as the Toshiba Gigabeat CM song. The single reached the seventh position on the Oricon and stayed on the charts for eleven weeks. As the single sold 53,905 copies in 2006, it became the #166 single of the year.