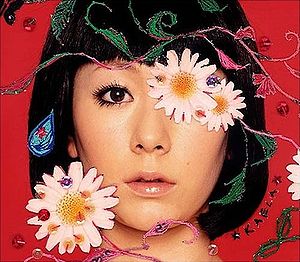 "Real Life Real Heart" is the third single recorded by Kimura Kaela. It comes a few months after the release of her debut album KAELA and in the middle of her 4YOU concert tour. This is her first single to be produced by Aida Shigekazu, better known for his work as FOE; he previously contributed "Ano Koro" and "Dare" to KAELA. "Real Life Real Heart" was used as the commerical song for Vodafone's instant e-mail service. It also featured recording help from thee michelle gun elephant's drummer Kazuyuki Kuhara and GREAT3's bassist Takakuwa Kei. The B-side, "Twinkle" first appeared on with a new mix on the NANA tribute album a few weeks prior.

This single reached #3 on the weekly Oricon chart, and continued to rank for a total of 12 weeks. Because the single sold 117,299 copies, it became the #87 best selling single of 2005. It is certified Gold by the Recording Industry Association of Japan for over 100,000 units shipped, and received a Million certification for cellphone downloads. "Real Life Real Heart" is the best selling single recorded by Kimura.[1] 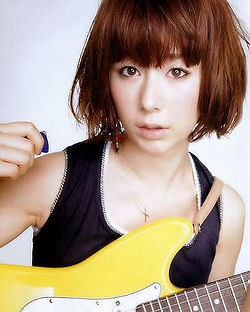 There are two versions of "Real Life Real Heart" to be found in Kimura Kaela's discography. They are listed below in order of release: 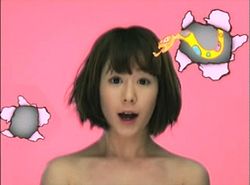 The music video for "Real Life Real Heart" features Kimura in a match-up with cartoon creatures appearing out of nowhere. The video was one of the nominees for best pop video at the 2006 MTV Japan Music Video Awards.