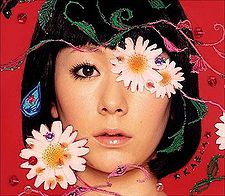 "Twinkle" is a punk-rock song recorded by Kimura Kaela, and produced by Aida Shigekazu. It was first released as a new mix on the NANA tribute album as Kimura Kaela for BLACK STONES, and the original mix was released soon after as the B-side to her best-selling single "Real Life Real Heart".

There are currently three version of "Twinkle" to be found in Kimura Kaela's discography. The following are listed in order of release: