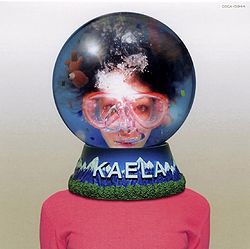 "Snowdome" is Kimura Kaela's eighth single. It is her first single to be released in both CD+DVD and CD Only formats. Snowdome was used as the JR Skiski Campaign CM song, and has been described as a long song. Kimura collaborated with her friends BEAT CRUSADERS on the track; the band had previously appeared in her "TREE CLIMBERS music video and she appeared in their "TONIGHT, TONIGHT, TONIGHT" music video. The b-side track, "Ground Control" was used as the Giga Beat CM song. The DVD contains footage from Kimura Kaela's fall 2006 "Bob Tour". The single was the lead-in single to Kimura's third album, "Scratch". Closer to the release of the album, Kimura started performing the b-side, "Ground Control", on music television programs like Pop Jam.

The music video for Snowdome is unlike all of Kimura Kaela previous videos. The video shows Kimura acting in more of an idol light, acting very delicate, yet still keeping her fun personality visable. The video shows her walking around the house, tossing things up into the air were they start to float, the sceen then turns upside down and Kimura is sucked into a blackhole. It then switches to different shots of Kimura where she's doing things like watering plants, sitting while apples are falling from the sky, dancing in leaves, and standing singing. The end of the video shows Kimura upside down holding a snowglobe.