"POWER OF LOVE" is the debut single recorded by JUDY AND MARY, and it's their major label debut with Sony Music Entertainment. The song originally appeared on the band's indie mini-album BE AMBITIOUS. It was re-recorded with the band's new guitarist TAKUYA for the single and later placed on their first full-length album, J・A・M. The single reached #95 on the weekly Oricon chart, and only ranked for one week. It sold a total of 3,160 copies. 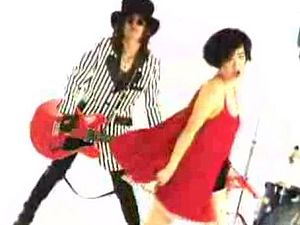 The music video for "POWER OF LOVE" was directed by Ohashi Yo and produced by Kotani Koichi. The video features the band, playing the song in the middle of a white room. YUKI skips through out the video in a short red lolita-styled dress. As it goes in for a close-up of each member, they each have a different color backdrop behinded them. During YUKI's close-ups she has a red backround and a similar styled yellow dress on.

The music video is found on the JUDY AND MARY ALL CLIPS -JAM COMPLETE VIDEO COLLECTION video as chapter #1 on Disc1. 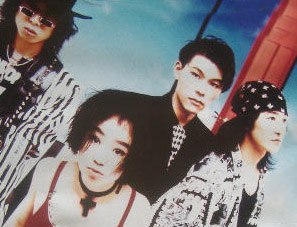 JUDY AND MARY promoting the single

There are currently four version of "POWER OF LOVE" to be found in JUDY AND MARY's discography. These versions are: