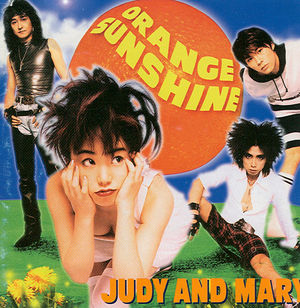 Orange Sunshine is the second studio album released by JUDY AND MARY. This album showcased a major style change for the band, moving from a punk sound to a more pop-rock sound. This is also the band's first album to contain song compositions from guitarist TAKUYA, as the previous albums contain compositions by bassist Onda Yoshihito. For this album TAKUYA and Onda each composed one half of the tracks on the album. Two months after the album's release the song "Chiisa na Koro Kara" was released as a re-cut single, and the band went out on their first major tour ORANGE SUNSHINE TOUR. The album reached #5 on the weekly Oricon chart, and stayed on the chart for a total of 65 weeks, selling a total of 681,000 copies.