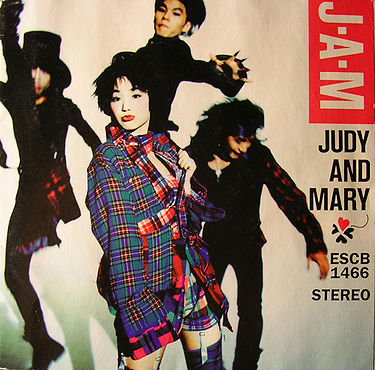 J・A・M is the debut studio album released by JUDY AND MARY. Five of the songs on the album are newly recorded versions of songs from the band's indie mini-album, BE AMBITIOUS. All of the lyrics on the album are written by YUKI (except for "GLAMOUR PUNKS" which was by Onda and he sang the indie version) and all of the music was composed by Onda Yoshihito (except "LOVE ME DO!" which was done by YUKI). Style-wise, the album still had a lot of the band's original punk sound, but also incorporated their new pop sound. This album was produced by Sakuma Masahide. Three month's after the album was released the band released a re-cut single, "DAYDREAM", which was more successful than the band's previously released singles.