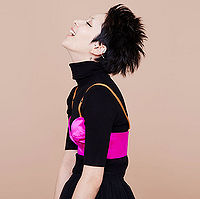 "BOX" is the fourth digital single records by Kimura Kaela. It is her first release since 2015's "EGG" CD single. The song was used as the tie-in song to Microsoft's Surface Book. "BOX" was later placed on Kimura's ninth studio album PUNKY in October 2016.