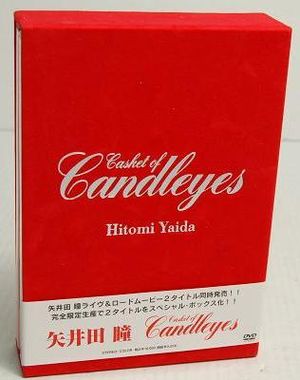 Casket of Candleyes is the fifth DVD released by Yaida Hitomi. It includes two DVDs: the first one is a "Documentary Disc" of her tour that kicked off in November, 2001; the second DVD is a "Live Disc" containing the "Countdown Live" concert at Osaka Dome on December 31, 2001. This set comes housed in a serial-numbered deluxe box, with a 40-page photo book and a B-2 sized poster. The DVD reached #7 on the Oricon charts and stayed on the charts for a total of two weeks.