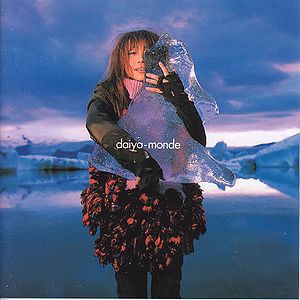 daiya-monde is the first studio album released by Yaida Hitomi. The album was co-produced by Yaida and Diamond Head. The album's title is anagram for their names: Yaiko and Diamond. The photo jacket for the album was shot in Iceland. The album contains two self-covers of older Yaida tracks from her early indie singles "Howling" and "nothing," (which was released under the name SEESEE). The album reached #1 on the Oricon weekly charts and stayed on the charts for a total of 36 weeks, selling 745,100 copies. The album sold a total of 507,590 copies in 2000, and became #43 best selling album of the year[1].