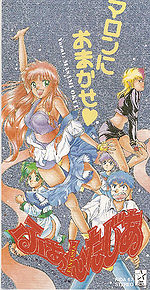 "Dare Yori mo Zutto..." is the debut single released by Okui Masami. The title track was used as the theme song for the anime OVA Fantasia. This single did not chart on the Oricon weekly charts.

There are currently four versions of "Dare Yori mo Zutto..." to be found in Okui Masami's discography. They are listed below in order of release.