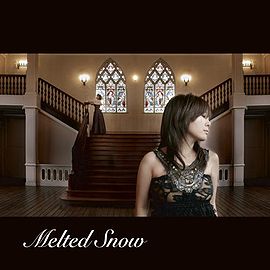 "Melted Snow" is the 42nd single released by Okui Masami. The title track was used as the opening theme for the visual novel Fuyu no Rondo. The single reached #121 on the Oricon charts and charted for one week, selling 780 copies. It was released on the same day with Ohmi Tomoe's single Fuyu no Himawari which was used as an insert song of the same game and lyrics penned by Okui. Both single covers share a same concept with one stands on the front and other in the background stairs.