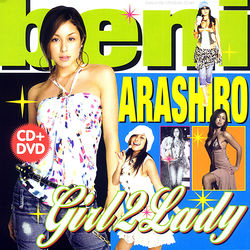 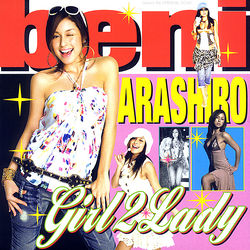 Girl 2 Lady is the second album released by Arashiro Beni. This was released in two different versions: a CD+DVD edition and a CD only edition. The first edition comes with a DVD of PVs, a Beni TV Special, and a re-recorded version of the track "Give me up" which was originally a CD Only track from her debut album Beni. The second edition comes with two bonus tracks, "FLASH FLASH" and "Come Close to Me". "FLASH FLASH" was released as a digital single and was a commerical theme song for KOSÉ's product VISEE. The album reached #93 on the Oricon weekly charts, where it charted for two weeks.