Red is the eigth studio album released by BENI, and her fifth album released under the Universal Music sub-label NAYUTAWAVE RECORDS. This was released in two different versions: a limited CD+DVD edition and a regular CD only edition. There was an episode for the promotion of the album on YouTube, which was called BENI Red Stories. In each part she showed a new song of the album. The first part was about the song "Red", the second part about "AM 2:00", the third part about "Home Sweet Home", the fourth part about "REASON", the fifth part about "OUR SKY", the sixth about "FLY HIGH", and the seventh about "Concrete Rose". 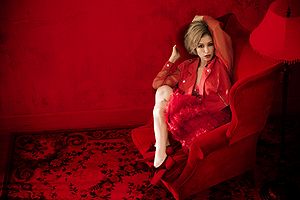