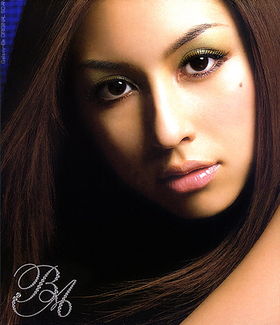 "Hikari no Kazu Dake Glamorous" is the fifth single released by Arashiro Beni. This single was released while Arashiro was still a member of the Pony Canyon produced idol group Bishoujo Club 31. It was also released in two different versions: a CD+DVD edition and a CD only edition. The titular track was used as a commercial theme song for KOSE's "VISEE" products, "THE POWER" was the NFL TOKYO 2005 image song, and "CALL ME, BEEP ME!" was an opening theme song for the Japanese airing of Kim Possible. The single reached #40 on the Oricon weekly charts, where it charted for two weeks, selling 4,259 copies.

"Hikari no Kazu Dake Glamorous" uses a sample of Alison Limerick's Make It On My Own song.