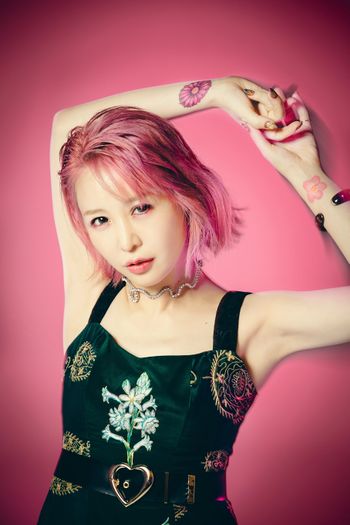 Oomori Seiko (大森靖子) is a Japanese singer-songwriter signed to avex trax. She is also a member of the Japanese pop girl group ZOC. 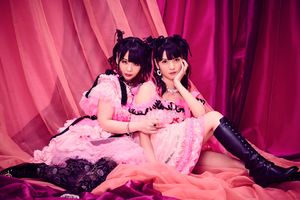 In Highschool, Oomori was an outcast. Many didn't like her weird personality. After graduating, she moved to Tokyo where she attended Musashino Art University, although she still didn't make many friends there. Starting from 2007 at the age of 19, Oomori performed in one of Koenji's "live houses" named Muryoku Muzenji, singing while playing an acoustic guitar. During her time in the underground music culture, Oomori's music pushed back against the dominance of Japanese idols on the music charts, a style that Ian Martin of The Japan Times compares to Togawa Jun and Sheena Ringo. Oomori held multiple concerts within Tokyo, including a first appearance at the 2013 Tokyo Idol Festival, a venue she would continue to appear in. In 2011, she former the band Seiko Oomori & THE Pink Tokarev. She released one album with them in 2015 and then they disbanded.

Oomori released her debut mini-album PINK on April 15, 2012. Her debut full-length album, Mahou ga Tsukaenai Nara Shinitai, was released March 20, 2013 and was mastered by Nakamura Soichiro. Seiko Oomori's second album, Zettai Shoujo, was released on December 11, 2013. Her growing popularity attracted the attention of avex trax to offer a contract in 2014. That same year in July, she announced her marriage. It wasn't until 2020 that the man she married was Pierre Nakano of band Ling tosite sigure. On October 10, 2015, she gave birth to a boy.

Oomori's first album with avex trax, Sennou, sees her depart from her guitar-wielding "anti-idol" image to explore other types of music by incorporating more electronic elements, but her lyrics still explore darker themes. Her subsequent albums saw her continue to adapt to a more mainstream-friendly style and adapting from even more genres.

In 2018, she formed an idol group, ZOC, centered on Miss iD participants. On August 13 2021 a audio leaked on Twitter, in which one could her Oomori having a fight with ZOC Member Kannagi Maro. In the audio, one can hear Oomori yelling at Kannagi and Kannagi crying. A day after a new MV was released on the ZOC Youtube Channel with only Kannagi Maro in it singing and Oomori's only singing in the background.

Note: All credits are for both lyrics and music unless otherwise stated.

The Idol Formerly Known As LADYBABY