From generasia
(Redirected from Sherlock (mini-album))
Jump to: navigation, search

Sherlock is SHINee's fourth Korean mini-album. The album comes housed in a plastic box including five photobooks, one per member, which can be arranged to create new front and back covers. The song "Sherlock (Clue + Note)", used as the title track, is an "hybrid remix" combining the songs "Clue" and "Note". It was later revealed that the song's introduction, which isn't featured in any of them, is actually part of a third song called "Spoiler". The latter can be found on the group's third album Dream Girl - The Misconceptions of You. The music video for the lead track features Girls' Generation member Jessica. 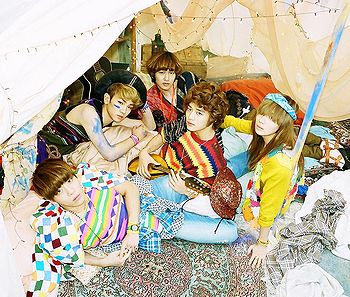