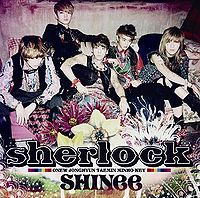 "sherlock" is SHINee's fourth Japanese single. It was released in two versions, a limited CD+DVD edition coming with a 28-page photobooklet, a 3D sleeve case and a trading card (one randomly chosen between 11) and a regular CD Only edition coming with a 360x360mm poster booklet and a trading card (first press only). The CD Only edition's first press version also has a different cover and comes housed in a digipak.

The title track is a Japanese version of the Korean song "Sherlock (Clue + Note)", included in their fourth Korean mini-album of the same name. The B-Side is an original Japanese song. 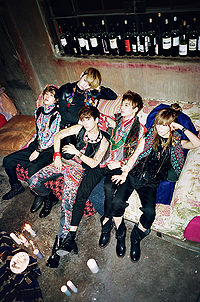