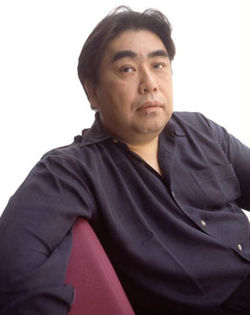 Shinkawa Hiroshi (新川博) is a Japanese composer, arranger, and keyboardist. Shinkawa started playing the piano when he was only five years old. While in middle school, he would form a band with guitarist Char and go onto to perform at the Yamaha Light Music Contest.

After graduating from college in 1974, he would go to be a tour member for Matsutoya Yumi and become the keyboardist for the Hi-Fi Set's backing band. Soon after, he began to arrange for many artists, mostly idol musicians To this date, he has arrange more then 1,000 songs. He would also pioneer his own label, aosis records (under Victor Entertainment) in 2000. During the same time, he would join the unit nannan and then the band garp in 2008.