"Yume no Tsubomi" is the fourteenth single released by Remioromen and first under OORONG RECORDS. It had a first press bonus that consisted of digipak casing and a different cover. The title track was used as the theme song for the movie Kansen Rettou. The single reached #3 on the Oricon weekly chart and charted for seven weeks, selling 24,792 copies. It was not included on a studio album.

The PV for "Yume no Tsubomi" was directed by Harigai Kenjiro and features a performance from actress Mizusawa Nako. A movie version was also released that features scenes from Kansen Rettou. The video won "Best Video from a Film" at the MTV VIDEO MUSIC AWARDS JAPAN 2009.

There are three versions of "Yume no Tsubomi" in Remioromen's discography: 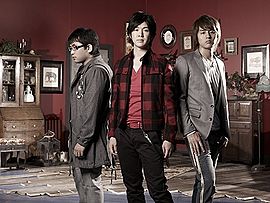